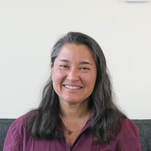 ​Jodi de la Peña, Chairperson and Secretary
Jodi de la Peña recently began working in September 2021 as a Program Manager with Oakland Unified School District where she manages a federal anti-trafficking grant. Jodi was the Executive Director of BRFN from 2017-2021 and also chairs the Steering Committee for the East Bay Refugee & Immigrant Forum. She is a Licensed Clinical Social Worker with 28 years of direct social work and managerial experience in the US and Latin America, focusing mainly on supporting newcomers (refugees, immigrants and asylees) and children and youth. Prior to BRFN, Jodi developed expertise on unaccompanied refugee and immigrant minors through her roles as a Supervisor and then Director of Refugee Foster Care at Catholic Charities of Santa Clara County, and as the Colorado Unaccompanied Refugee Minor Program Specialist. She has also worked with children and youth as a child welfare worker for Alameda County; with newcomers in community-based, medical and school settings in Boston; as a clinical supervisor for programs in Bolivia; as a program development consultant in Costa Rica; and as the LLC Manager and former property manager for a 23-unit apartment complex in Denver, housing refugees and immigrants. Jodi earned her Master of Social Work degree from Washington University in St. Louis. She spent 5 years in Latin America (Colombia, Venezuela and Costa Rica) and is passionate about collaborations which emphasize human-centered, strengths-based, trauma-informed and culturally competent supports to welcome newcomers and accompany them on their path towards economic and social well-being. 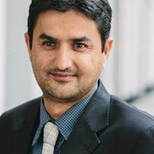 Farhad Yousfazai
Farhad was born in Afghanistan and came to the Bay Area in 2014 as a Special Immigrant Visa (SIV) holder. In Afghanistan, Farhad worked as a Senior Procurement Manager for USAID and has extensive experience in Project Management. Since arriving in the US, Farhad has studied Business Administration and also became a certified insurance agent. While helping his family adjust to life in the US, Farhad has also been very active in assisting his community. He supported Afghan newcomers for 3 years as a volunteer with No One Left Behind and Refugee & Immigrant Transitions and is very connected with local mosques. In 2018, Farhad was hired by BRFN to be a social adjustment case manager where he worked until relocating to Sacramento in 2019. Farhad speaks Pashto, Dari (Farsi) and Urdu. 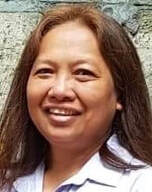 San San Win, Treasurer
San San grew up in Burma and came to the US in 2000 as an asylum seeker. San San was actively involved with the student union in the 1988 uprising in Burma. In November 1988, she joined one of the political groups, the National League for Democracy, and was appointed as their treasurer. In 1989, she was chosen by the People’s Defence Force (PDF) to organize underground activities in addition to her position with the NLD. That same year, she fled to the Thai-Burma border to fight the military government. Since arriving in Oakland in 2000, she has been involved in the Burmese American political movements in the Bay Area and worked with the Burmese American Women Alliance. In 2007, she joined the US Army as a Human Resource Specialist and medically retired in 2012. She has a BA in Accounting from SFSU and speaks Burmese. 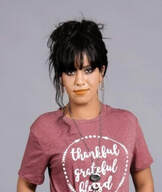 Ariam Weldeab Araya
Ariam was born in Eritrea and came to the Bay Area in 2017 as a first-generation immigrant. She has a degree in Theatrical Arts from Eritrea and is an award-winning author, film director, poet, narrator and television host.  Ariam has worked in various professional capacities and has written and directed three award-winning films which were all featured in international film festivals in the U.S. In 2014, she published a book of poems and short stories which became the bestselling book in Eritrea that year. Ariam was also the first person in Eritrea to have an independent talk show. Since her arrival to the U.S., Ariam has continued to write and direct films. She also developed and taught a course called "An Introduction to Art" in collaboration with a local nonprofit. Ariam speaks Tigrinya and Amharic.

Ben Paul
Ben Paul is currently the manager for the global channel partnership programs at Unity Technologies in San Francisco. He is responsible for defining how the company goes to market in different countries and industries. He manages a team of individuals across the world. Prior to Unity, he was at IBM where he was responsible for some of the biggest partnerships the company has in the US, Canada, and the UK with organizations like SalesForce and Workday. He and his family have been actively involved in refugee relief efforts in Indonesia, creating programs and schooling for hundreds of refugees from Iran, Afghanistan, Somalia, and Sri Lanka. His personal interest is in the intersection of technology and humanitarian efforts.
​​